LET US HELP YOU FIND WHAT YOU’RE LOOKING FOR

Lab / TRAINING PRINCIPLES / What effect do you as a rider have on the symmetrical movements of your horse?

What effect do you as a rider have on the symmetrical movements of your horse? 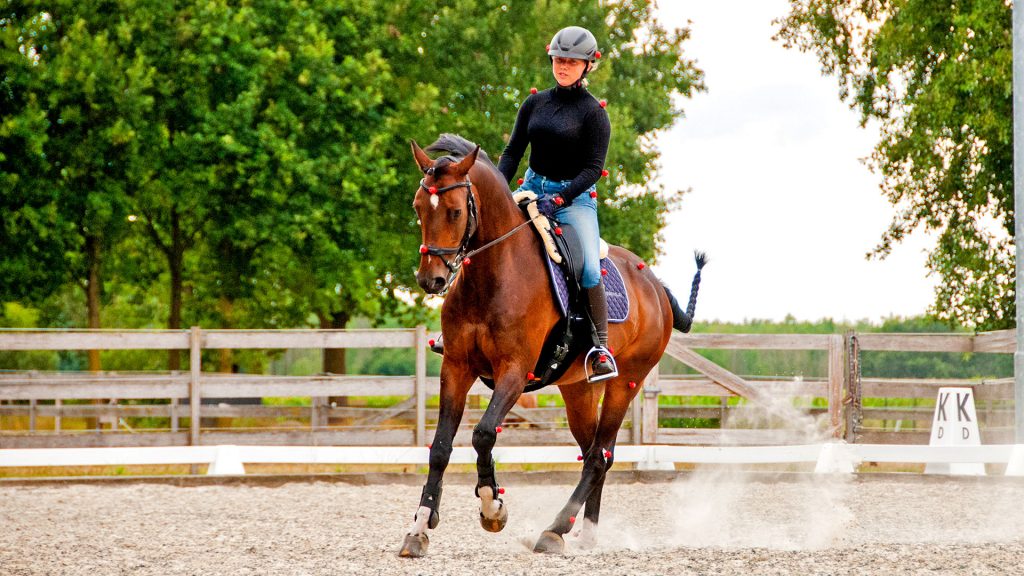 We will explain the influence of the horse-rider interaction on symmetry, and show you what there is to know, how valid it is, what we still want to know, and what you can already do to improve your riding.

To be honest, most (if not all) people that we have measured are asymmetrical in their body and their movement. And more often than not it showed in a crookedness of their horse. Although your horse is partly responsible for the movement that you make while riding, you can influence the movements of your horse.

Your horse is responsible for a great influence on your movements, but you can influence the movements of the horse as well. For the better and the worse, just by being asymmetric yourself. Your asymmetry can alter the load on the back of your horse, and can cause his movements to become asymmetrical as well (even a slight asymmetrical movement is already highly unwanted). This can cause problems with the level of training of the horse on the long run, but also lameness. However, if you show yourself a good rider that takes care of his/her symmetry (and thus work on yourself), you can help your horse to move more stable and more symmetrical.

To prevent injuries and improve the level of you and your horse, it is good to know what way you are influencing the movements of your horse.

How does our sport use this knowledge?

Other than the correctness of your posture and seat and teaching the right aids, the training of your horse was always the main focus for many educated equestrian sport professionals. The last couple of years, rider fitness as a phenomenon became pretty common.

Riders seem to be aware that their physical fitness and asymmetry can influence the horse. Rider fitness is even becoming more integrated into education programs for riders, aiming to create awareness for the influence of the rider on the horse.

What does research tell us about the rider-horse interaction?

In dressage, it showed that simply tilting your pelvis posteriorly (to the back) influences the degree of collection. A more experienced rider might make the lameness in the hindlimbs more visible, since he/she will collect the horse more by transferring weight to its hindlimbs. The physical skills of the rider are clearly very important.

In jumpers, the difference in rider influence on the movements of the horse between a novice rider and an experienced rider was less noticed in research. The limitation of this research however, is that it was done with an experienced jumping horse. The impact of the rider on a less experienced horse might be different.

Research tells us that the degree of symmetry in the movements of the horse can best be judged in trot. Furthermore, we find that the rising trot has the most influence on your horse’s movement. When the rider rises up in the stirrups, it will create a downward momentum in the horse, his pelvis counteracting with the horse’s push off. This can cause a push of lameness or impact lameness in the leg that is in stand phase when the rider is back in the saddle. Depending on which diagonal pair of legs that is used for the rhythm of the rising trot, the horse can be either more or less symmetrical. Riding in sitting trot in turn has a bigger load on the horse’s back.

Several studies showed that asymmetry in rider kinematics is common. This can be caused by an anatomical asymmetry or a way to avoid painful movements. The rider might have different rotations in his spine, where the upper part for example is rotated to the left and the lower part to the right.

How current and valid is the research?

There is a growing interest to study the influence of the rider on the horse and there are more comparable studies. Present studies agree on the fact that the rider can influence the movement of the horse, the degree of lameness (positively or negatively depending on the cause and severity of the lameness), and that an expert rider can improve the stability of the horse.

However, these studies mostly have a limited number of subjects. The studies also are limited in their setting, as described with the research with the experienced jumping horse. This particular research even suggested that the experience and the horse’s level of training has an influence on the effect of the rider.

What is your take-away?

It has been shown that a core fitness program can improve the stability and symmetry of the rider and thereby reduce the asymmetrical load on the back of the horse. However, bear in mind that in rider fitness little attention is paid to the asymmetry in the rider and the testing of the rider’s physique. Moreover, rider fitness becomes much more sport-relevant as soon as you can investigate the influence of the body of the rider on the horse, static as well as dynamic.

To understand the horse-rider combination and to judge the movement that we see, it is good to understand how exactly the rider is influencing the horse. It is seen in studies that even for a good trained eye of the trainer it is difficult to detect rider asymmetry. As an athlete you need a team around yourself and your coach.

Our sport is a sport that is performed on a dynamic and interactive surface instead of a static surface like when we are running. This makes your reaction speed and your ability to anticipate key to good performance. At EquInnoLab., we think this rider-horse influence is a major improvement point for almost every rider. Therefore, we developed an analysis tool and rider physique test to get to the bottom of the rider’s and horse’s symmetry, and their interaction while riding.

A good kinematic analysis of the movement of the horse-rider combination gives detailed insight in the influence of the rider, and combined with our physical test and knowledge of movement sciences, we can actually separate causes from symptoms (effects).

Based on this, the right fitness program helps you to be more symmetrical and thereby give a more symmetrical load on your horse’s back. If you are causing problems for the symmetry of your horse this will be easier to solve when the problem is detected.

What do we want to know more?

The research should also look into the different levels of training of the horses, and repeat current research with a bigger sample size (more riders and horses).

Lastly, further research is needed because of the fact there are so many other factors involved in riding a horse (material, environment a.e.) that can influence the movement of the horse. 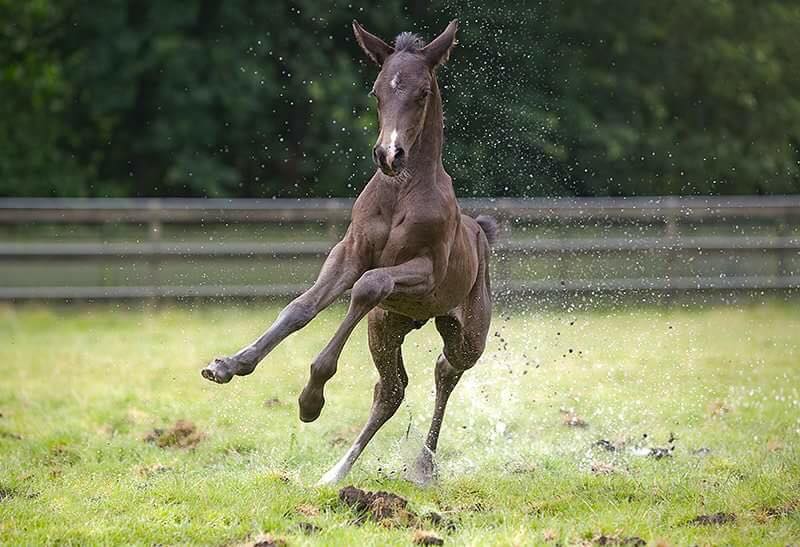 Physical exercise during the rearing phase of your horse

This article explains the knowledge available about physical exercise during the rearing phase of horses in a comprehensive and understandable manner. It shows that this phase is very important for our horses, and that we need to consider what we do in it. We also... 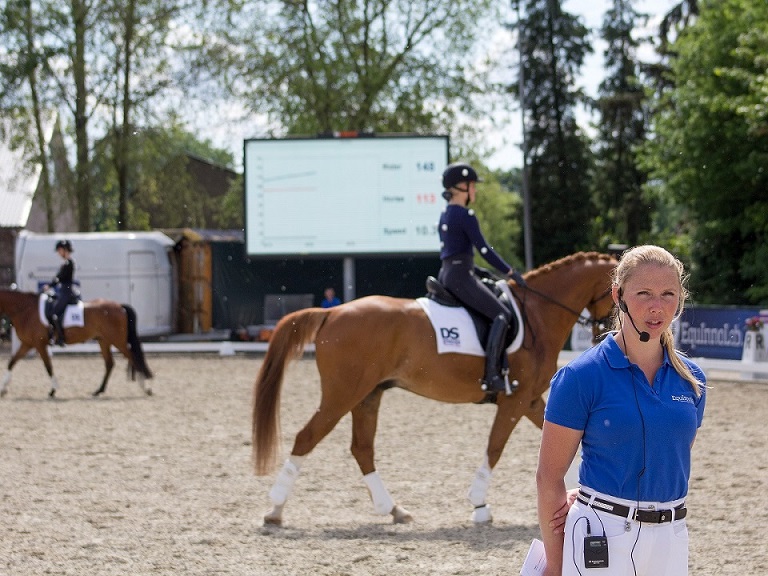 What are training principles and why should I understand them? 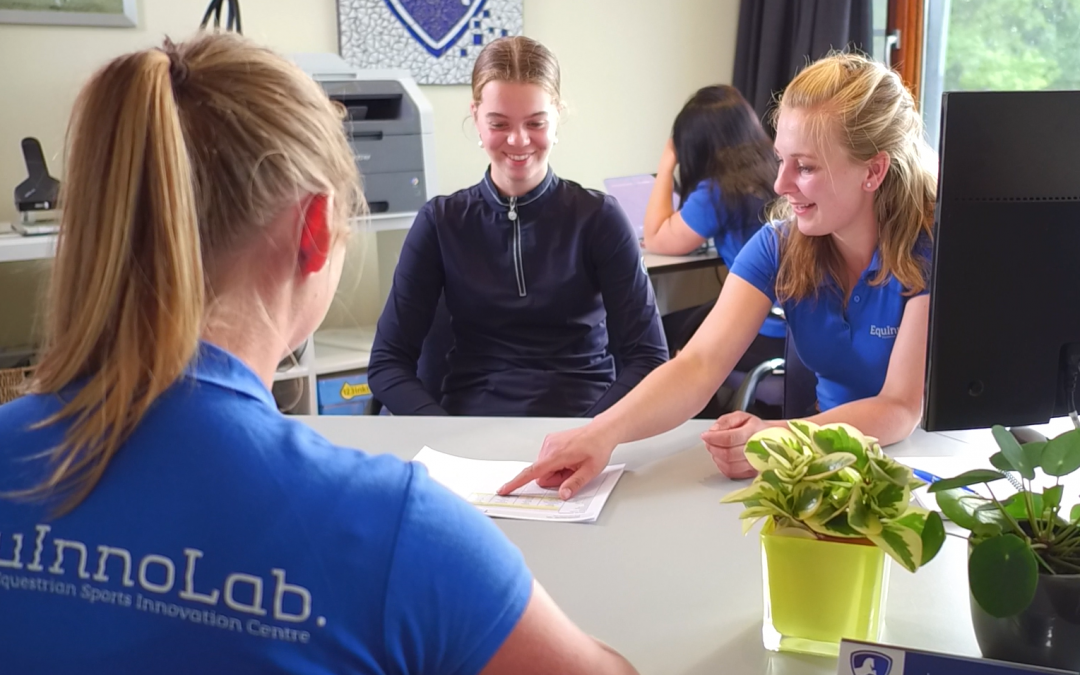 Why periodization is the key to your training?

We will elaborate on the phenomenon periodization, which is o so common in other sports, but not widely used in equestrian sports. This article will trigger you to start putting logic into your schedule and keep involved wiht We all have a certain goal with our horse.... 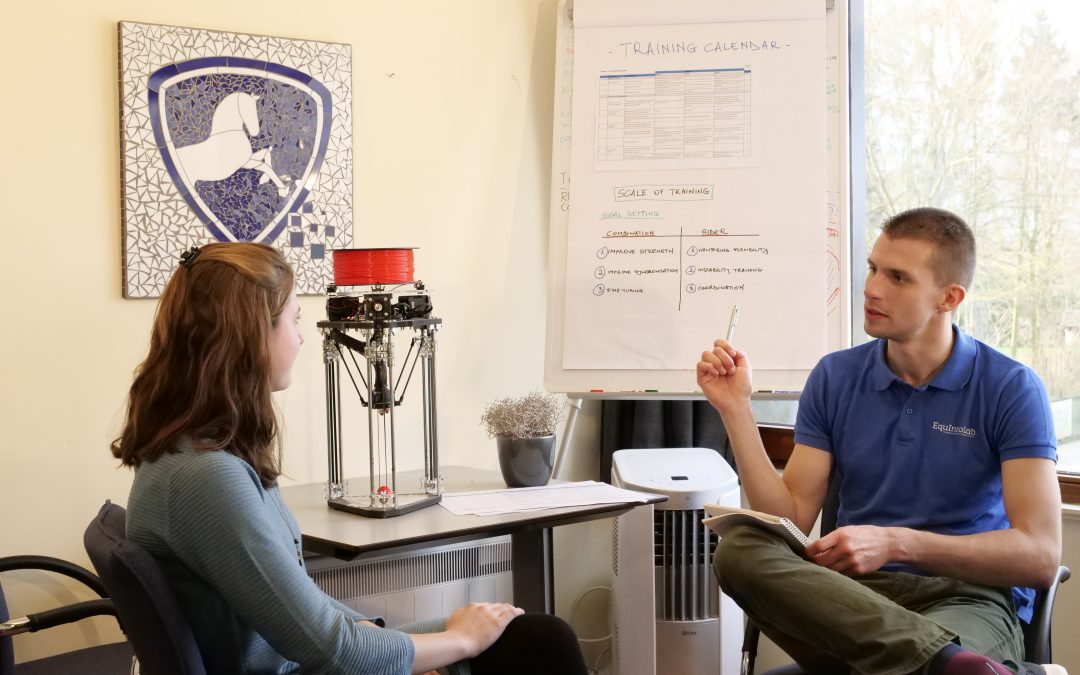 Learning about your physique can really improve your riding

When we are looking at the equestrian sports, where the athletes consist of duos, horse and human, we know that not only the horse must be trained, but the rider too.  Research has shown us that 98.3% of the riders believe their fitness influences the...

Get the right training support for you goals

Head on to our Booking page and select the Training Plan that suits you best. Or you can simply contact us and get a personal offer.

Allow us to keep you updated: